Shiba Inu price is moving sideways around $0.00001100 after getting rejected at $0.00001225. The second-largest meme coin has been in a down trending channel since it encountered an intensive seller congestion area at $0.00001801 in early August. Interestingly, SHIB’s declines respected a rising trend line alongside its primary support, encouraging investors to take up long positions.

LUNA price takes off! Why A 40% Monday rally could be the start of much more

Terra’s LUNA price woke the market up on Monday morning. The controversial crypto token has rallied 40% in just hours as an uptick in volume persists on lower time frames. The move is the first sign of positive reinforcement following the 75% decline in September. Before the mudslide, LUNA had risen 300% in a week. The newfound bullish price action could be the continuation of the FOMO rally. 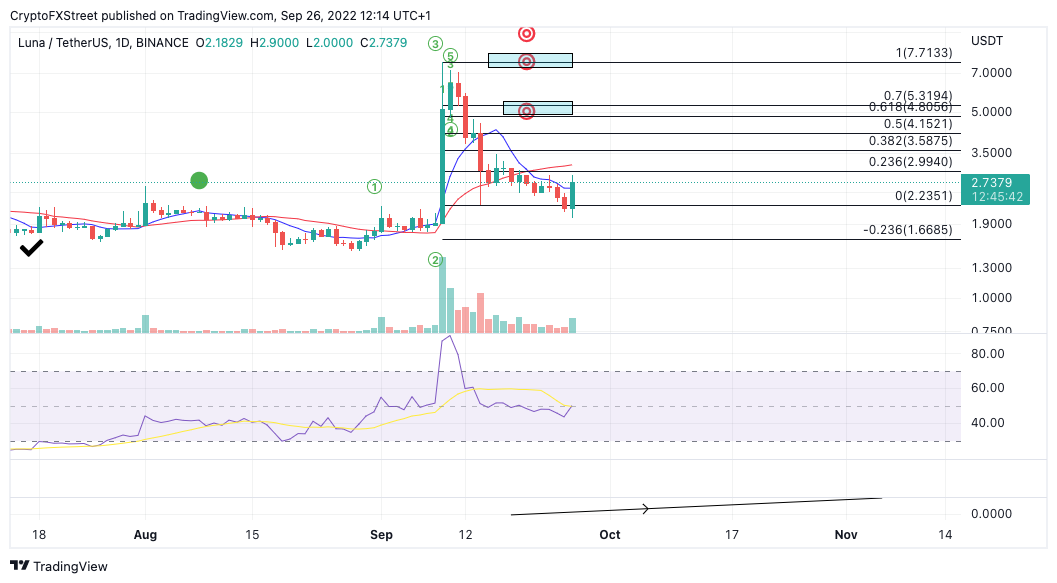 Ethereum price has yet to retaliate against the bearish onslaught experienced this month. Since September 10, the bears have forged a steep decline suppressing any attempts for a V-shaped retaliation. The downtrend fuels the newly developing bearish sentiment surrounding the Ethereum Merge.