A Miami mortgage firm is allowing homebuyers to use cryptocurrency that they already hold as part of collateral for the loan.

Milo is prepared to lend out up to $5 million a time on individual home loans which require borrowers to pledge the full amount of the property in crypto before transferring them to a custodian for safe keeping.

Rather than paying for the property with tokens, the borrowers use their digital holdings with no actual down payment necessary.

It means the homeowners could potentially benefit on two fronts both with rising property prices and that of the crypto coins.

But it also comes with increased risk using an already volatile asset to finance a purchase in the property market which may also face a slowdown in the coming months – just as borrowing costs go up.

The person selling the property receives dollars directly from Milo while the homeowner is further allowed to make monthly mortgage payments in either crypto or cash. 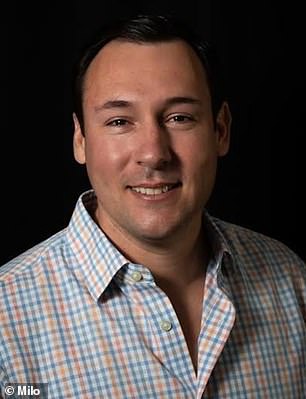 Joseph Rupena, 38, is the man behind Milo

So far, Milo has approved $340 million of mortgages in the last month alone.

The rates are in line with the average borrowing costs for a traditional 30-year mortgage and between 3.95% and 5.95%.

‘Were going to refine this and get it bigger,’ said Milo founder, 38-year-old Joseph Rupena to Bloomberg. ‘Milo will be looking to provide other long-term solutions to those with crypto wealth — not just mortgages.’

But cryptocurrency is notorious for its volatility.

Bitcoin had five days in the last year where it plunged by at least 10%. The stocks in the S&P 500, meanwhile, had only two such drops in the last 50 years. Beyond its volatility, there’s still fundamental disagreement about how much a bitcoin is worth, or even if it’s worth anything at all. 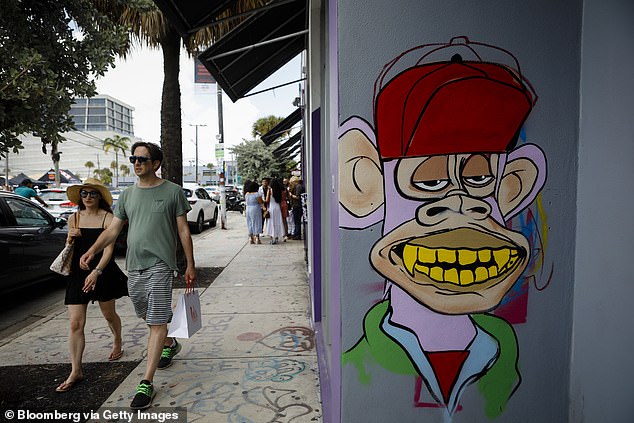 Bored Ape NFT graffiti in the Wynwood neighborhood of Miami, Florida. The city is trying to establish itself as the center of the crypto revolution as startups bank on an influx of workers and venture capital for a chance to make it big

In 2020, Bitcoin soared 305% but is now down more than 40% from an all-time high. Other altcoins including Ether also dropped a similar amount.

Cryptocurrencies haven’t always moved in the same direction as stocks and other investments, though they often have in recent months amid worries about rising interest rates. 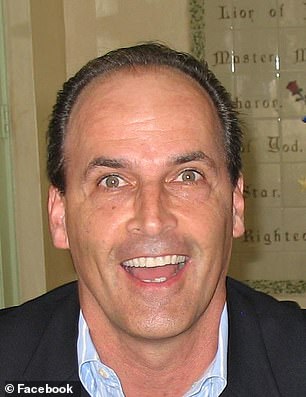 To account for such unpredictability Milo will make borrowers put in more crypto or cash if their crypto-to-loan amount drops below 65%.

If the figure falls even further, below 30%, the company then liquidates the assets and stores them as U.S. dollars.

‘It’s an especially big risk to take for an asset as personal as a home’, said John Kerschner, who is head of U.S. securitized products for Janus Henderson Investors to Bloomberg.

‘A crypto mortgage seems inefficient given the volatility. People think Bitcoin will go to the moon but nobody thought the great financial crisis or Covid was coming. These things happen.’

But that has not put off Vincent Burniske who has used a seven-figure loan, anchored in crypto, in order to purchase two small apartment buildings in Coral Gables, Miami.

Burniske, 63, a sports-media consultant, plans to use his new purchases as rental properties and has no qualms about the new type of loan structure using the coins.

‘I was convinced I was going down the conventional loan path. It’s comfortable. It’s what we know. But at any given moment there are better financing options and you really need to pay attention.’

For him, the fact he was allowed to keep his crypto while securing a loan using part of his Bitcoin and Ethereum holdings for the mortgage, was a huge draw.

‘If you cash out, you have to pay sizable tax and you’re leaving a lot of upside on the table because you’re getting out early,’ he explained.

David Lykken, who runs a mortgage consulting and advisory firm is not convinced by this new approach.

‘There are always early adopters out there trying new things. Cryptocurrency doesn’t have enough stability or the confidence of the broader investor community. Certainly not now — maybe never,’ he said.