Polkadot price shows bullish signs, but a retest of $6.85 is still far away

Polkadot price seems to be cooking up a bullish move from a technical perspective, but the general market conditions are not ripe. Therefore, investors need to be careful in making their moves based on technicals alone.

Polkadot price has produced three lower highs since August 10, shedding roughly 36%. As DOT trades at $6.25, the technicals seem to be improving quite a bit. The first sign is the breakout above the declining trend line connecting these lower highs formed since August 10. Furthermore, Polkadot price seems to have also produced a higher low relative to the September 21 swing low at $6.12.

Chiliz Price Prediction: One billion CHZ could flood the market after a 15% rally

Chiliz price looks to rest after breaking its ongoing consolidation and establishing directional bias favoring the bulls. Going forward, investors need to prepare for a pullback that will be an opportunity to accumulate before another run-up.

Chiliz price dropped as low as $0.160 on October 13 due to the Consumer Price Index print. This volatility followed through to the other side as bulls took over after the bears’ brief stint, resulting in a local top at $0.194. 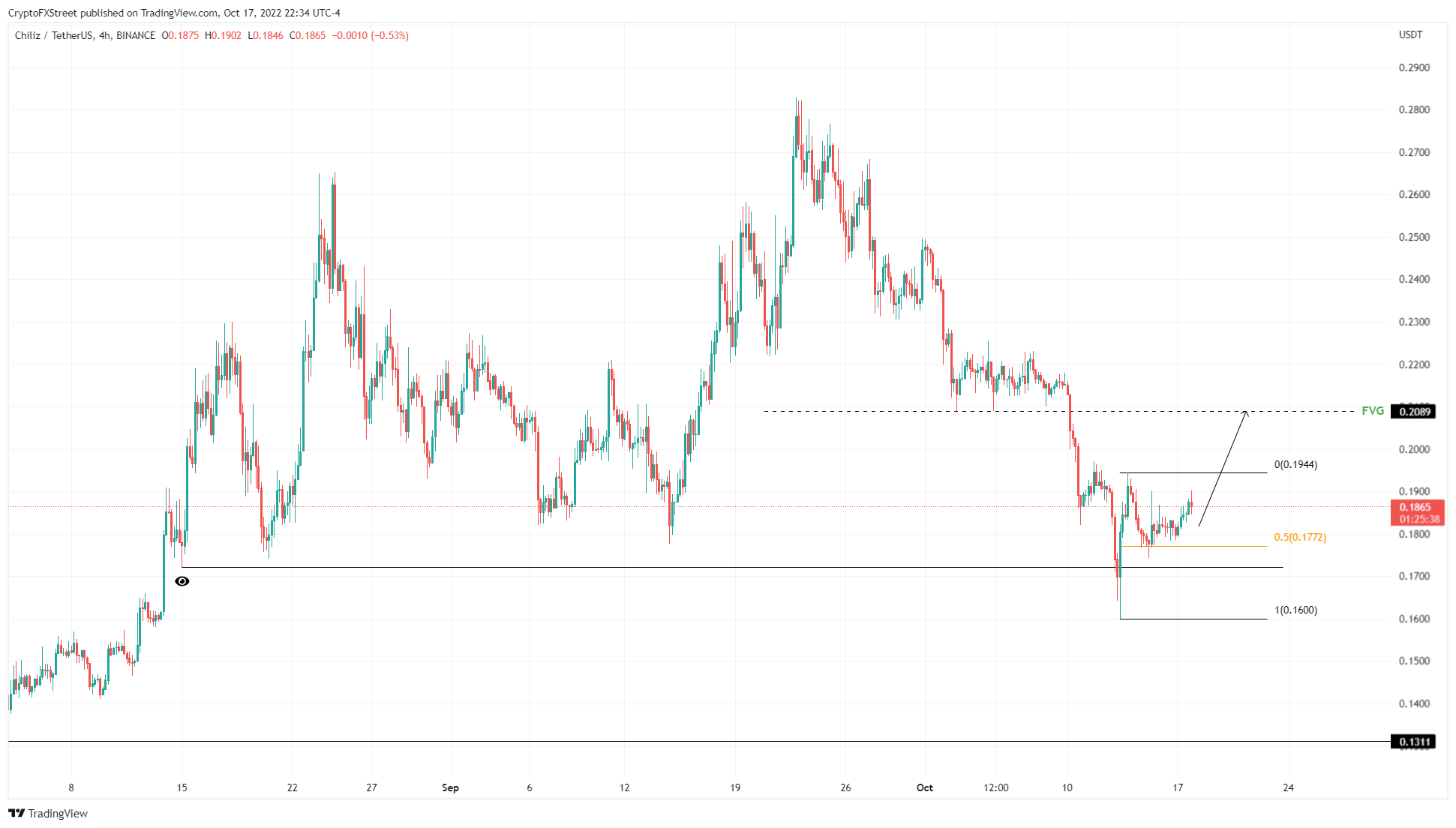 Binance Coin price shows reasons to believe in one more wave targeting $300 and even $330.

Binance Coin price shows potential for one more move north. The bulls have hurdled the 8-day exponential moving average after a 3% decline over the weekend. Additionally, the Relative Strength Index has found support in ideal buyers’ territory after establishing a bullish hammer with high volume on Thursday, October 13.