Disclaimer: The datasets shared in the following article have been compiled from a set of online resources and do not reflect AMBCrypto’s own research on the subject

The past few days have been remarkable for XRP, the sixth-largest crypto in the world. A massive spike in trading volume and an impressive price rally have rekindled optimistic sentiments in investors of the altcoin.

To add to the excitement, XRP’s price climbed all the way up to $0.5518, riding a bullish wave throughout the month. This marked a 4-month high for the native token of the leading enterprise-facing blockchain solution provider.

A quick look at data from CoinMarketCap indicated a rather consistent trading volume for XRP in the second half of September. A consistency that can only be described as balanced and recurring.

So, what has got investors engaging with XRP lately? Well, most of the rally can be attributed to the controversial SEC v. Ripple lawsuit that seems to be nearing an end. The case, which has been going on since December 2020, is expected to be ruled in the defendant’s favor too.

And, while things have started to look up on the legal side, the corporate side has been growing as well. The partnership with Bitso to roll out a new payment solution in Argentina and a partnership expansion with I-Remit, to name a few.

Ripple, XRP, and everything in between

Ripple’s tie-up with Tokyo-Mitsubishi Bank in 2017 was a major milestone. Following the same, it became the second largest crypto by market capitalization for a brief period. A year later, Ripple was in the news again for its partnership with international banking conglomerate Santander Group for an app focusing on cross-border transactions.

In terms of rivals, Ripple has close to none at the moment. They are the leading crypto firm catering to financial institutions around the world. As the number of partnerships grow, by extension, XRP will reap the benefits. After all, it is the medium of exchange for all cross-border transactions enabled by RippleNet.

Ripple has been capitalizing on the need for quick transactions and other untapped potential in emerging economies, given that nations in Latin America and Asia Pacific regions are more likely to realize the value of blockchain and its tokens compared to their first world counterparts. With the rise of central bank digital currencies (CBDC), it is likely that developing countries looking to explore this option will go for Ripple since it already offers a well established cross-border framework. Increased adoption of CBDCs will also lead to banking institutions considering integrating crypto into their services. This will work out very well for Ripple since it RippleNet is already associated with a number of banks.

Blockchain solutions being offered to Ripple’s Central Bank partners wanting to venture into CBDCs include the option to leverage the XRP ledger using a private sidechain.

Ripple is predicted to develop rapidly over the forecast period, as it can be used for a variety of functions like accounting, investment, smart contract implementation, and decentralized programming.

XRP has an edge over its rivals due to its low cost of entry. The fact that a few dollars will buy tens of XRP seems appealing to new investors, especially those who prefer little investment.

According to a Valuates report, the cryptocurrency market’s size is expected to hit $4.94 billion by 2030, growing at a CAGR of 12.8%. A number of crypto-firms will benefit from this, Ripple among them.

The growth in the cryptocurrency market is spurred by an increase in the demand for operational efficiency and transparency in financial payment systems, as well as an increase in demand for remittances in developing nations.

The general idea is that RippleNet’s adoption by financial institutions will increase, leading to more recognition of the platform as well as its native token. This has also been factored in while calculating predictions for 2025 and beyond.

XRP’s press time price was a far cry from its all time high of $3.84 in January 2018. As a matter of fact, its price was closer to its launch price than it is to its all-time high. As XRP recovered on the charts though, so did its market capitalization. It was recorded to be $23.7 billion at press time. 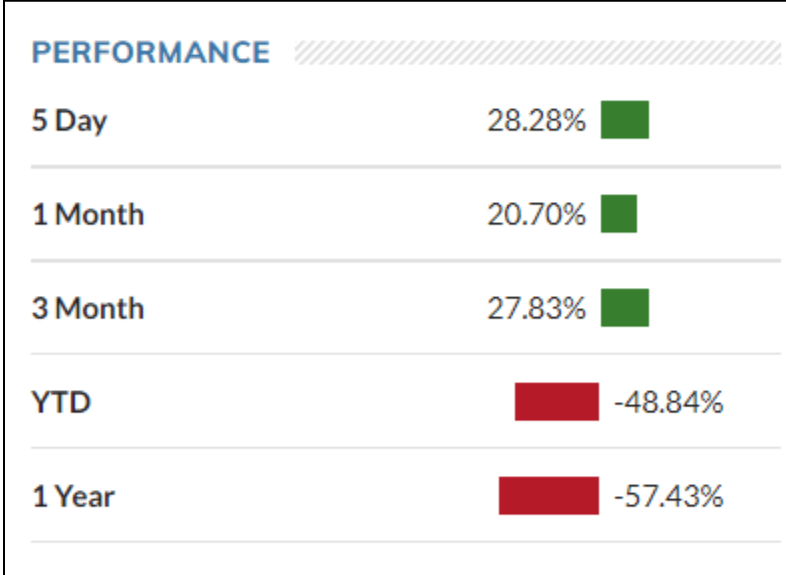 Although XRP did gain somewhat over the past month, its year-to-date returns have investors worried.

SEC lawsuit and its impact

On 22 December 2020, the U.S Securities and Exchange Commission (SEC) filed a lawsuit against Ripple Labs. The lawsuit alleged that Ripple had raised $1.3 billion through the sale of ‘unregistered securities’ (XRP). In addition to this, the SEC also brought charges against Ripple’s top executives, Christian Larsen (Co-founder) and Brad Garlinghouse (CEO), citing that they had made personal gains totalling $600 million in the process.

The SEC argued that XRP should be considered a security rather than a cryptocurrency and as such, should be under their purview.

A verdict in favor of the SEC will set a rather unpleasant legal precedent for the broader crypto-market. This is why this case is being closely observed by stakeholders in the industry.

It is evident that developments in the lawsuit have a direct impact on XRP’s price. Following the news of the lawsuit in 2020, XRP tanked almost 25%. In April 2021, the judge handed Ripple a small victory by granting them access to SEC’s internal documents, which caused XRP to rise over the $1-mark – A threshold that the crypto hadn’t crossed in 3 years.

According to a tweet by Defense Attorney James Filan on 15 August 2022, the U.S District Court for the Southern District of New York dealt yet another blow to the SEC when Judge Sarah Netburn granted Ripple’s motion to serve subpoenas to obtain a set of video recordings for the purpose of authentication, dismissing the regulators claim that Ripple was trying to reopen discovery. This was in response to Ripple’s motion filed on 3 August 2022.

In the Opinion & Order published earlier in July,  Judge Sarah Netburn condemned the SEC for its “hypocrisy” and actions which suggested that the regulator was “adopting its litigation positions to further its desired goal, and not out of a faithful allegiance to the law.”

The lawsuit’s verdict, whatever it is, will have a lasting impact on XRP’s value. It is important to note that a verdict in favor of the SEC would make XRP a security only in the U.S because the regulator does not have jurisdiction across the country’s borders. This should offset some of the damage to Ripple, given that it has a substantial amount of business globally

Carol Alexander, Professor of Finance at the University of Sussex, believes that XRP is unlike any other crypto. She believes that if Ripple manages to beat the SEC lawsuit, it could start taking on the SWIFT banking system. SWIFT is a messaging network that financial institutions use to securely transmit information and instructions

In an interview with CNBC, Ripple CEO Brad Garlinghouse talked about the possibility of an IPO after the case with the SEC is resolved. Ripple going public will have a significant impact on XRP’s price action in the following years.

In an interview with Axios at Collision 2022, Garlinghouse further stated that the current price of XRP has already factored in Ripple losing the case. “If Ripple loses the case, does anything change? It’s basically just status quo” he added.

In court and in papers

Ripple and the SEC’s lawsuit is not just restricted to the courtroom. The matter is often covered by the media with both parties having been featured in multiple op-eds, often criticizing each other. Just this month, the market watchdog and the crypto firm were the subject of a heated exchange through pieces published by the Wall Street Journal.

On August 10, SEC Chairman Gary Gensler reiterated his stance on the definition of crypto assets and their oversight in his op-ed piece featured in The Wall Street Journal. “Make no mistake: If a lending platform is offering securities, it . . . falls into SEC jurisdiction.”

Chairman Gensler went on to cite the $100 million settlement that the regulator had reached with BlockFi, stating that the crypto markets must comply with “time-tested” securities laws. As per the terms of the settlement, BlockFi has to rearrange its business to comply with the U.S Investment Company Act of 1940 in addition to registering under the Securities Act of 1933 to sell its products.

In response to Chairman Gensler’s op-ed, Stu Alderoty published his own piece in The Wall Street Journal and did not mince his words while taking a shot at the regulator. Alderoty accused Gensler of side-lining fellow regulators (CFTC, FDIC etc.) and overreaching its jurisdiction, as opposed to the executive order by U.S President Joe Biden, which directed agencies to coordinate on regulations for crypto.

“What we need is regulatory clarity for crypto, not the SEC swinging its billy club to protect its turf at the expense of the more than 40 million Americans in the crypto economy,” Alderoty added.

A controversial article authored by Roslyn Layton in Forbes on 28 August pointed out that since 2017, the SEC’s Crypto Assets Unit has been involved in 200 odd lawsuits. According to Layton, this figure suggests that instead of coming up with clear regulations to ensure compliance, the regulator would rather engage crypto firms with lawsuits in an attempt to regulate by enforcement.

Ripple CTO David Schwartz found himself in a stand-off with Ethereum Co-Founder Vitalik Buterin earlier this month, after Buterin took a dig at XRP on twitter. Schwartz hit back and responded to Buterin’s tweet, comparing miners in the PoW ecosystems like Ethereum to stockholders of companies like eBay.

“I do think it’s perfectly fair to analogise miners in PoW systems to stockholders in companies. Just as eBay’s stockholders earn from the residual friction between buyers and sellers that eBay does not remove, so do miners in ETH and BTC,” Schwartz added.

Now, putting an accurate figure on the future price of XRP is not an easy job. However, as long as there are cryptocurrencies, there will be crypto pundits offering their two cents on market movements.

Finder’s conclusion from a panel of thirty-six industry experts, is that XRP should be at $3.61 by 2025. It should be noted that not all of those experts agree with that forecast. Some of them believe that the crypto won’t even cross the $1 threshold by 2025. Keegan Francis, the global cryptocurrency editor for Finder, does not agree with the panel of experts. He predicts that XRP will be worth $0.50 by the end of 2025 and surprisingly, a mere $0.10 in 2030.

According to data published on Nasdaq, the average projection for 2025 is around $3.66.

Finder’s experts had a rather conservative figure for XRP in 2030. They believe that the crypto could hit $4.98 by 2030. In a statement to Finder, Matthew Harry, the Head of Funds at DigitalX Asset Management, revealed that he doesn’t see any utility in XRP other than the speculation element.

According to data published on Nasdaq’s website, the average projection for 2030 is around $18.39.

Year-to-date (YTD) figures from Ripple’s Quarter 2 earnings report have made it clear that despite the drop in XRP’s price, demand for their On-Demand Liquidity service not only remained undeterred but actually grew by nine times year-over-year (YoY) with ODL sales totalling $2.1 billion in Q2. The report further stated that Ripple has pledged $100 million for carbon removal activities, in line with their carbon neutral objective and sustainability goals.

Ripple’s Crypto Trends report claims that NFTs and CBDCs are still in their nascent stages and as their potential is gradually realized, its impact on Ripple’s network and on the broader blockchain space will be visible.

It should be noted that while various experts have predicted XRP’s price to increase in the following years, there are some who believe that XRP will lose all value by the end of the decade.

The major factors that will influence XRP’s price in the coming years are,

Predictions are not immune to changing circumstances and they will always be updated with new developments.

With the Fear and Greed index still struggling to recover, uncertainty is bound to be associated with XRP and the rest of the crypto-market at this moment.